In the first instance you should go here and read our advice page. It is just our general guidance to help you.

We call her the “Singing Scammer” because 2 profiles appear to have this in common and we find others too.

She is slippier than a snakes arse and changed her URL. She is helped by her so called boyfriend who has access to her profiles. We don’t worry because we will have him too, for supporting a scammer. She changed her profile again. Obviously our singing scammer doesn’t like associations with  her real self. 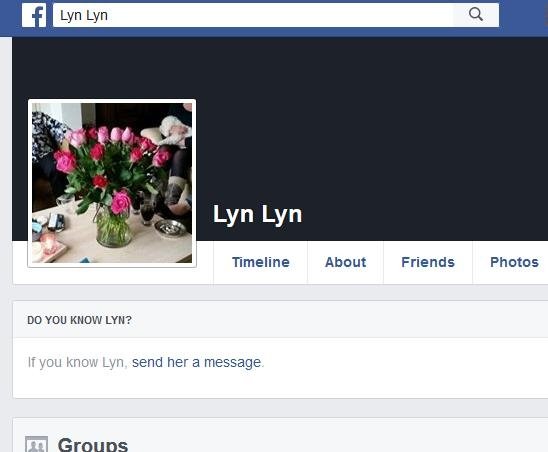 If she was “talented” she would not be scamming old men.

She is trying to run and hide which is typical of this scammer. She tried to hide her profile banner from her boyfriend. Game over because she can’t.

She likes her anime and posts such pictures, and can’t avoid it on her other profiles,  She will be busy running around trying to get rid of them later.

This scammer got herself cold feet once she knew we had a Facebook link to her activities and she deleted what would give her away. She has over 50 elderly men on her profile. However she can try to run but once she was identified it is all over for this scammer.  She even used a photo of an Emirates airlines jet and we know she likes them because her “boyfriend” used it to fly to Philippines and he took the photo. That’s a nerve for you. We know the scammer photo is also used by the so called girlfriend but not on Facebook, she uses it elsewhere, ONCE.

We link this profile above directly to others below,  because they are all hers.


Common URL  name used by herself

For his protection the boyfriend was told.  The scammer  claimed she had  had her profile photos stolen and it was a fake profile and nothing to do with her.  She was asked by boyfriend about it and oddly enough before he could get there, the profile vanished, although  a certain amount of blocking  may have happened. However it vanished for us as well.  Very strange, if this woman claims she has nothing to do with the scam profile, and it disappears in minutes.  How could the scammer possibly know if there was no connection?  Sorry, we don’t believe in psychic powers or coincidence. HER BOYFRIEND TOLD HER.  WE THINK HE IS COMPLICIT IN HIDING EVIDENCE AND SO, ASSISTING IN FRAUD. THAT WOULD MAKE HIM A CRIMINAL TOO. She removed the profile long enough to sort it out and get rid of the incriminating banner picture, and a day later she put it back for  a day before removing it again.   It is not a common photo and you have to work hard to find it and the suggestion off her that it is a profile she knows nothing about is not realistic. She is lying.


Scammers usually like it easy and find common photos off internet, or steal some of victims off other romance scams they have.  We know this woman is a dirty little busted scammer and is lying to her back teeth to boyfriend about it.  She runs a profile that is more open and closed-  like the legs of the meth soaked  prostitute she  certainly is,  a small joke about this dirty little bit of excrement.   She wants a birthday present, and a large sum to fulfil her dreams of opening a restaurant.  (See later profiles and  pictures)

We have a long list of material and publish links that are not live to click on.  We will deal with Facebook links later.  How can you believe a scammer went and stole the plane photo to make a fake profile she denies making ?

She is trying to get a Schengen Visa to the Netherlands.

THIS IS A SCAM.

We want you to see the plane again and you won’t find it anywhere else save in a profile of Jonilyn Galido Mupas de Bie.  Our scammer wants you to believe her so called  fake profile is  not connected to her,  and that is plain bull shite.

A nice one for the Police and Dutch Immigration

Typical scammer. She is running around removing all the evidence or trying to.  Smells like a guilty conscience.  If she has nothing to hide she would not do this.

See Google cache for her headings above.  She can’t run away from that.

I love my Fiancé and I miss him so mucht
Studies Hotel Restaurant and Services at Trent Information First Technical Career Institute, Inc.
Lives in Muzon, Rizal, Philippines
Engaged to Robin de Bie
From Taytay, Rizal

Let us be quite clear to this  scammer. Dutch Copyright Law does not apply to you in the Philippines.  All photos are used  under  Fair Use Law as set out in our Terms of Service  at the bottom of our home page.  You can wish all you like. 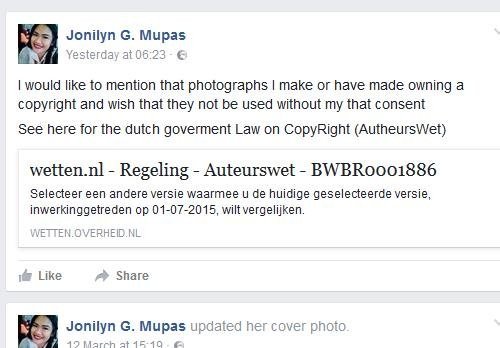 And don’t worry Robin de Bie, have you not noticed that everytime your nasty little scammer girlfiend gets information off you, by some miracle her  Lyn Lyn Profile vanishes or gets changed in an effort to hide from us and you?  You need to get real.  We don’t need convincing but you definitely do before you get into deep trouble.
She claims we are scammers and blackmailing her.  You can of course report to police in UK with full evidence but  we think pigs could fly due to a lack of evidence and another blatant lie.

We have caught this one out completely.There is no more room to wriggle and we have enough for the police in Manila.